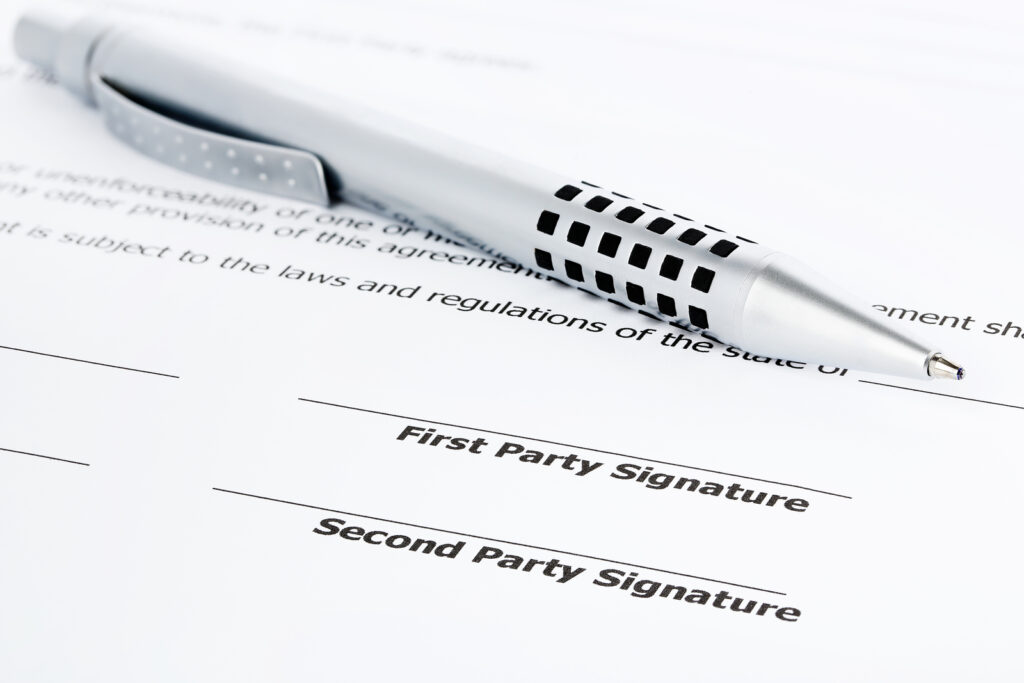 What is a contract?

What are the requirements for proving the existence of a contract?

Generally a contract is a promise that is enforceable either because “consideration” was given in exchange for it or because the promise induced the reliance of the other party on the promise.

Need a contract be in writing?

In general, a contract need not be in writing. However, certain contracts, such as a contract for the purchase of real estate, is required to be in writing pursuant to the statute of frauds.

What does it mean to “breach” a contract?

How is breach of contract established/proven?

Are there legitimate reasons/excuses for breaching a contract?

In general, no. However, there are a few exceptions to this general rule. A party may not be required to perform under the contract if the other party has already breached the contract, and performance of a contract is not required where it has become impossible.

What is available in the way of damages for the breach of a contract?

What are the obligations of the non-breaching party?

Here is an example of how the duty to mitigate damages might apply: Let’s assume Party A contracts with Party B to replace the brakes on a vehicle. Shortly thereafter, Party A becomes aware that he has no brakes, that the brakes were removed and not replaced. While Party A can pay someone else to replace the brakes and recover the cost of the remedial work from Party B in damages, Party A is not going to be permitted to operate the vehicle knowing that it has no brakes and then when he gets into a serious accident recover those larger damages from Party B. Party A has a duty to take reasonable steps to mitigate (think minimize) damages for the breach of contract.

As business lawyers, much of our work revolves around contracts. In the ideal world, our clients will contact us when they are in the early stages of planning for the launch of a new business. We will then work carefully with the client to plan for the business launch and for the development and growth of the business. We will assist the client in planning for and then negotiating and carefully documenting the various relationships that the new business will have or enter into. This would include relationships with employees, contractors, investors, lenders, landlords, and customers.

Experience teaches us that fewer problems will develop the more carefully, thoroughly, and well documented all of these relationships are.

We are all humans, however, and entrepreneurs in particular are typically in a hurry. Always strapped for cash and other resources too. So in most instances all of the relevant relationships are typically more stumbled into then carefully planned and negotiated and documented. This of course leads to selective memory, differences of opinion, and breaches of contract.

Call us now for a Free Consultation

Or send us a message.